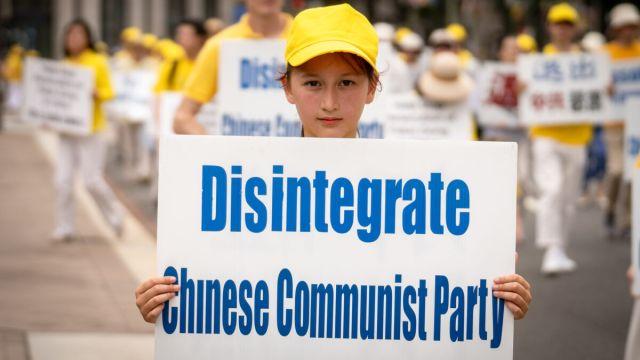 Chinese entrepreneur Chen Quanhong had one message he wanted to tell to the world: “Tuidang.”

It’s a Chinese phrase—and it means “quit the Party.”

The words were emblazoned on a yellow flag Chen was carrying at a parade in Washington on July 21 to highlight the Chinese communist regime’s myriad human rights abuses.

Chen is now one of 400 million Chinese who have renounced their ties to the Chinese Communist Party (CCP) and its affiliate organizations.

In June, the business owner from China’s eastern Shandong Province made a statement formally breaking his ties with the Party, participating in a nearly two-decades-long grassroots movement that has sought to expose the communist regime’s history of deceit and killing, and give people an opportunity to disassociate from the entity.