Alec Baldwin Says He 'Doesn’t Feel Any Guilt' after Fatal ‘Rust’ Shooting: ‘Someone Is Responsible ... But I Know It’s Not Me' 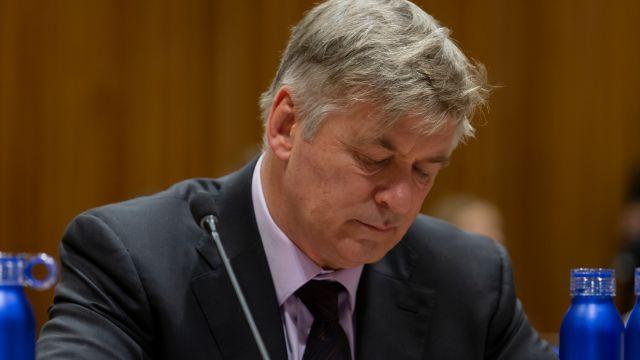 Alec Baldwin said he doesn’t feel any guilt after the fatal shooting on the set of his movie “Rust” that left cinematographer Halyna Hutchins dead.

During an interview Thursday night with the 63-year-old actor, ABC’s George Stephanopoulos asked Baldwin if he felt any guilt after Hutchins‘ death. The clip was shared by ABC News on Twitter.

“No,” the “30 Rock” star admitted. “I feel that someone is responsible for what happened. And I can’t say who that is, but I know it’s not me.”