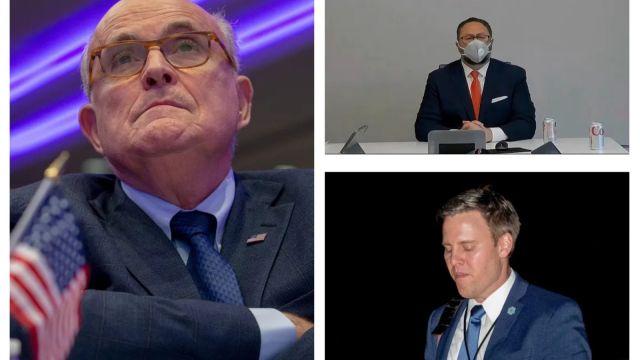 America’s Mayor Rudy Giuliani is defending his character against accusations from Trump flunkies and MAGA traitors Jason Miller and Bill Stepien, who both claimed Giuliani was inebriated on election night as the 2020 presidential election was stolen from the American people.

“The mayor was definitely intoxicated but I do not know that his level of intoxication when he spoke with the president, for example,” Miller said during his testimony to the Jan. 6 commission.

Additionally, CNN reported that “[Former Trump campaign manager] Bill Stepien testified to the Jan. 6 committee that he believed [Trump’s lawyer] Rudy Giuliani had had too much to drink on election night.”

Giuliani is categorically denying that he was drunk as he implored Trump to heroically declare victory on election night.