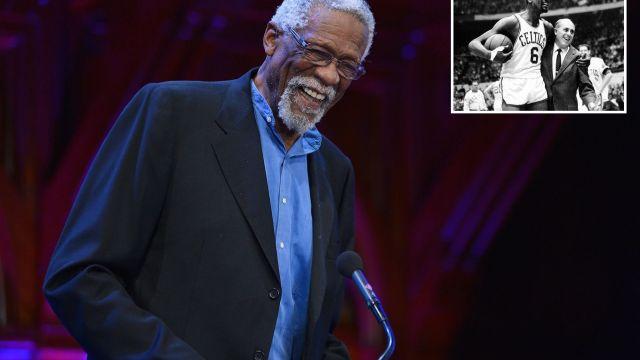 The basketball community lost an all-time legend on Sunday as Bill Russell died at age 88, his family announced on Twitter.

Russell, who won a record 11 NBA titles with the Celtics, was a trailblazer as a black superstar in the 1950s and ’60s, and became the first black head coach of any North American professional team when the Celtics hired him in 1966 as a player-coach.

“From boycotting a 1961 exhibition game to unmask too-long tolerated discrimination, to leading Mississippi’s first integrated basketball camp in the combustible wake of Medgar Evans’ assassination, to decades of activism ultimately recognized by his receipt of the Presidential Medal of Freedom in 2010, Bill called out injustice with an unforgiving candor that he intended would disrupt the status quo, and with a powerful example that, though never his humble intention, will forever inspire teamwork, selflessness and thoughtful change,” his family said in a statement.