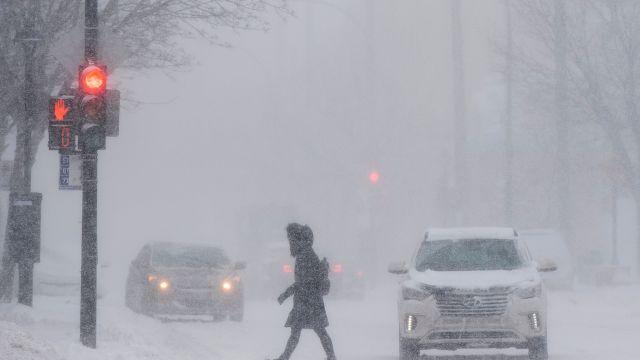 A weather phenomenon known as a bomb cyclone has begun to hit the east coast, leaving over 100,000 people in Massachusetts without power Saturday morning.

A bomb cyclone is a rapidly intensifying storm with a significant drop in atmospheric pressure, also called a nor’easter. During this time of year, it is typically characterized by heavy snow and wind gusts comparable to hurricane force. Blizzard warnings were issued in parts of 10 states Saturday morning, according to Fox News.