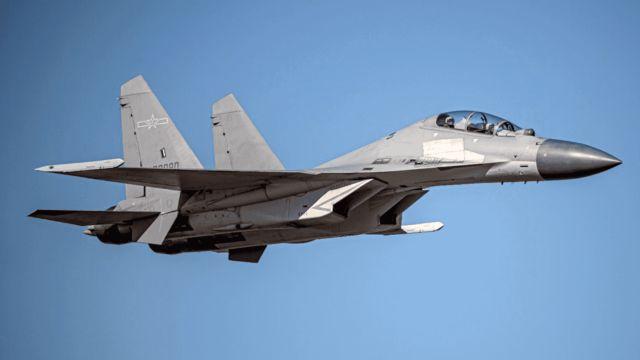 The Chinese People’s Liberation Army (PLA) deployed 13 warships and a record 68 military aircraft on Friday into the Taiwan Strait and the zone of airspace Taiwan’s military defensively monitors.

Taiwan’s Ministry of National Defense tweeted, “PLA dispatched 68 aircraft and 13 vessels until 17:00 (UTC+8) for the activities around Taiwan Strait, part of which had crossed the median line and jeopardized the status quo of the strait.”

“[Taiwan’s Armed Forces” responded to such a situation accordingly with surveillance systems, CAP aircraft, naval vessels, and missile systems,” the Taiwanese defense ministry added. “We condemn such action that disturbed our surrounding airspace and waters and continue to ensure our democracy and freedom free from threats.”

Taiwan considers all of the Taiwan Strait to fall within its air defense identification zone (ADIZ), an area of international airspace that Taiwan monitors.