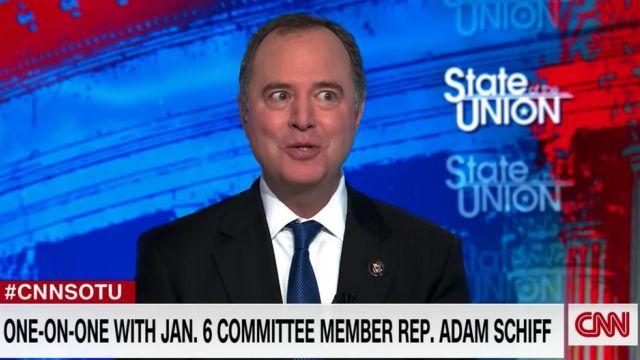 CNN host Dana Bash grilled Rep. Adam Schiff (D-Calif.) on Sunday over why the House Jan. 6 committee is not hearing from witnesses who counter the committee narrative about the United States Capitol riot and former President Donald Trump.

At the end of Schiff’s interview on CNN’s “State of the Union,” Bash observed that every public witness the Jan. 6 committee has called thus far only confirmed the committee’s narrative.

“Why aren’t you calling witnesses in a public way who might challenge the committee?” Bash asked. “Is that intentional, because you don’t want to deviate from the storyline that you’re trying to present to the public and, of course, potentially to the Justice Department?”