Former Security Chief ‘Skeptical’ on Timing of al-Qaeda Leader’s Death: ‘Let Me Throw Some Cold Water on This’ 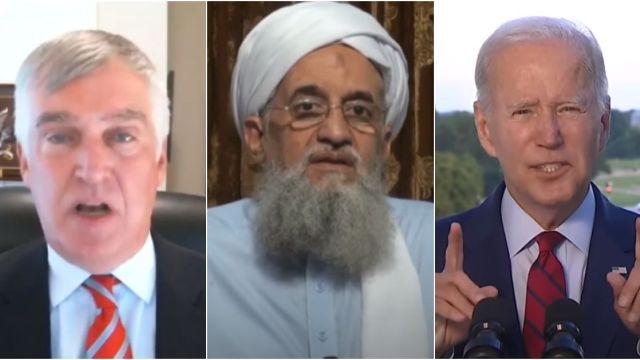 Fred Fleitz, who is the former chief of staff of Trump’s National Security Council and a 19-year veteran of the CIA, is not convinced that President Biden actually succeeded in killing al Qaeda leader Ayman al-Zawahiri in a drone strike in Afghanistan.

Fleitz claims he is “skeptical” that a CIA drone strike took out the terrorist a year after the botched Afghanistan withdrawal. There has been no proof of death yet. Only the bragging over the dispatching of the monster by an administration that has reportedly had to walk back a number of similar claims.

In a strike that appeared to Fleitz to be far too convenient, Zawahiri was said to have been taken out on a balcony outside of Taliban-controlled Kabul by the CIA using a drone, according to multiple reports. Although the Taliban confirmed there was a drone strike, they notably did not confirm that Zawahiri was killed.