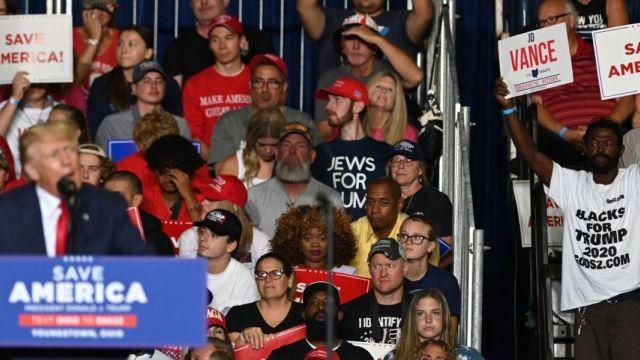 Earlier this month, Trump held a rally in Youngstown, Ohio. Near the conclusion of the rally, some Trump supporters made a one-finger gesture that was likely an endorsement of the QAnon conspiracy theory.

Trump held his latest rally in Wilmington, North Carolina. During Friday’s event, a handful of attendees made the pointing finger gesture. However, security at the Trump event are seen on video asking people to stop making the hand motion.