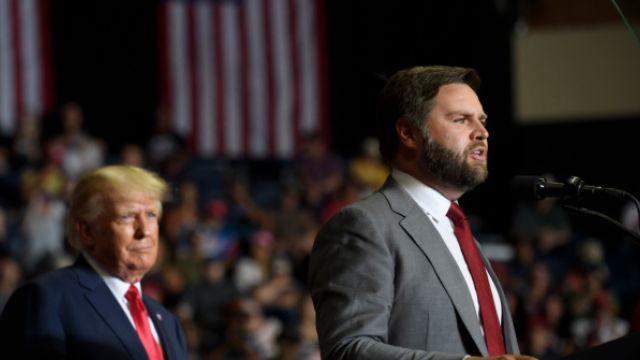 J.D. Vance, Republican candidate for U.S. Senate in Ohio, joined former President Donald Trump on stage at a “Save America” rally on Saturday evening and called for an increase in border patrol agents instead of IRS agents.

As Trump called Vance to join him on stage, he noted that Vance is supported by “all the bravest and boldest conservatives in the country,” including Fox News host Tucker Carlson, Sen. Josh Hawley (R-MO), and former Trump adviser Stephen Miller. Trump said:

The entire MAGA movement is for J.D. Vance, and when J.D. wins his race this November, you are going to hear wailing from every corporate newsroom in New York and Washington, And you’re going to hear crying Chuck Schumer howling with rage because J.D. Vance is going to clinch the Senate for the Republicans.