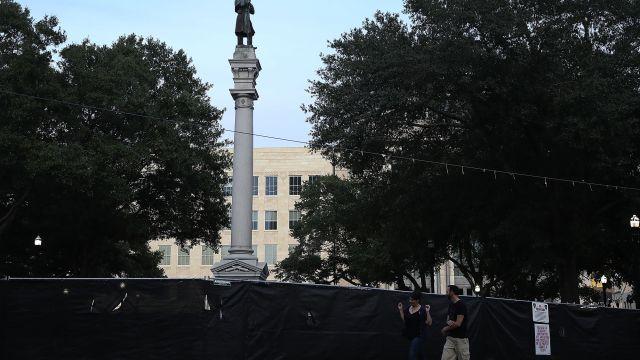 A Florida city council voted against removing two Confederate statues — which would have cost taxpayers $500,000 — after a heated public hearing Tuesday night.

Jacksonville City Councilman Matt Carlucci proposed a bill that would have taken down two monuments — a Daughters of the Confederacy memorial and the remnants of another Confederate soldier monument — arguing that they are a civic blight rooted in racism.

But the board ultimately voted against the measure 13-6 following a passionate public debate.

Opponents argued that the monuments represent Jacksonville’s history and should remain in place.

“I stand for the preservation of Jacksonville’s history in all its totality without the slightest omission,” one speaker declared.

“Please let us find another way to promote and foster unity and healing without taking away the statues,” he added.