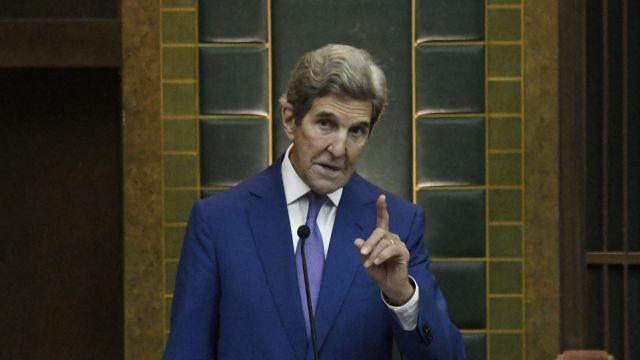 John Kerry, President Joe Biden’s climate envoy who owned five mansions as recently as 2019 and whose family owns a private jet, warned developing African nations against investing in long-term natural gas projects which could expand their citizens’ access to electricity.

Kerry said that African nations should be wary of natural gas developments that could bring electricity to hundreds of millions of impoverished people as the gas projects will lead to more carbon emissions, according to Reuters.

Kerry, who has a reported net worth of around $250 million, at one point owned five pricey homes in the U.S., including an $11.75 million 18.5-acre mansion in Martha’s Vineyard which they bought in 2017.

“We do not have to rush to go backward, we need to be very careful about exactly how much we are going to deploy, how it is going to be paid for, over what period of time and how do you capture the emissions,” Kerry told Reuters at an African environment ministers’ conference in Senegal.