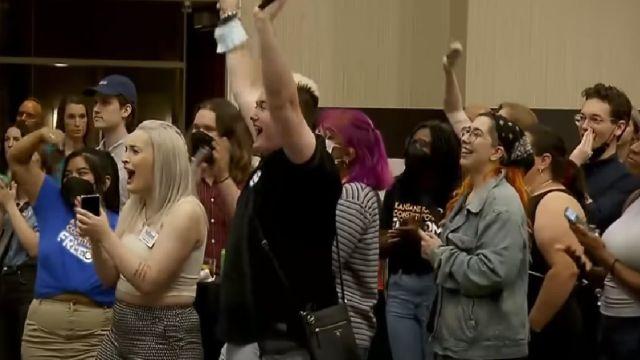 Kansas voted on Tuesday to keep abortion rights in place, proving that democracy is alive and well in America and works just as the Supreme Court said it would after overturning Roe v. Wade.

The referendum supporting abortion rights in Kansas is seen as a temporary setback by pro-lifers who have no intention of giving up in the red state.

“While the outcome is not what we hoped, our movement and campaign have proven our resolve and commitment,” Kansans for Life said in a statement. “We will not abandon women and babies.”

“The defeat this evening is disappointing,” state Sen. Molly Baumgardner (R) stated, according to NPR. “That struggle for truth, and the struggle for life, is going to continue in the state of Kansas.”

The heavily Republican state voted against a ballot measure that would have overturned a ruling by the state Supreme Court that declared abortion was a constitutional right in the state. It was the first major test of abortion rights since the Supreme Court’s Dobbs decision.