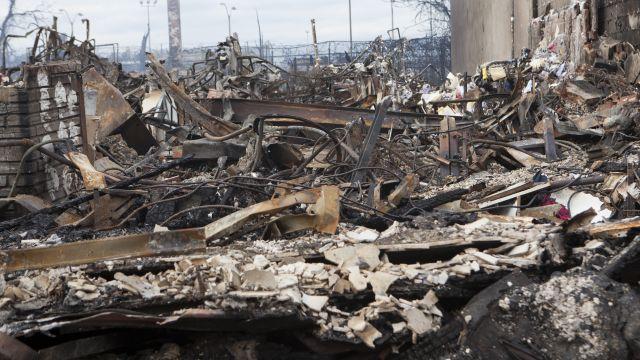 The death toll from a tornado outbreak in Kentucky, which has left dozens of people dead over the weekend, is expected to rise, said Kentucky Gov. Andy Beshear, as rescuers continued to comb through fields of wreckage to find survivors on Sunday morning.

But that “number is going to exceed more than 100. This is the deadliest tornado event we’ve ever had,” Beshear continued. “We have half of some of our towns here in western Kentucky that are just gone. It’s hard to see,” Beshear added in a separate interview.

Starting on late Friday and into Saturday, tornadoes ripped through parts of Kentucky, which collapsed buildings, destroyed homes, and left thousands of people without power. One tornado that remained on the ground for hundreds of miles destroyed a candle factory, an Amazon distribution center, and a nursing home.