Media Personality Kim Kardashian on Criticism for Working with Trump: 'Destroy Me Then. I Really Don't Care' 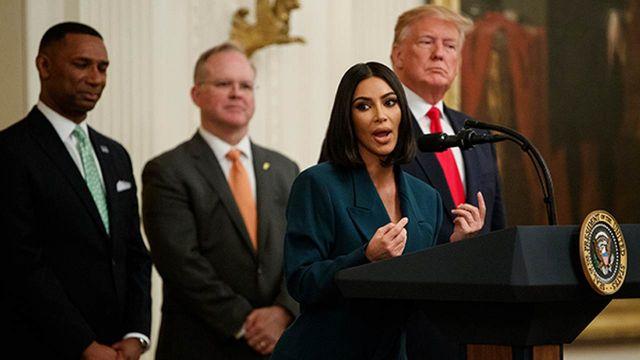 In an interview this week, media personality Kim Kardashian said that she doesn’t care about the criticism she received for working with former President Trump on criminal justice reform and said that she’s a mixture of both Republican and Democrat.

Kardashian made the remarks in an interview published Thursday with former New York Times columnist Barri Weiss. In their discussion, Weiss asked Kardashian, who is currently in law school, her thoughts on politics, cancel culture, and her involvement with Trump to promote the First Step Act during his presidency.

“You were credited for helping swing Trump’s support for the First Step Act, which has changed the lives of so many Americans. There were a lot of people who on the left who criticized you a lot for working with Trump, for normalizing him. What do you say to that?” Weiss asked.