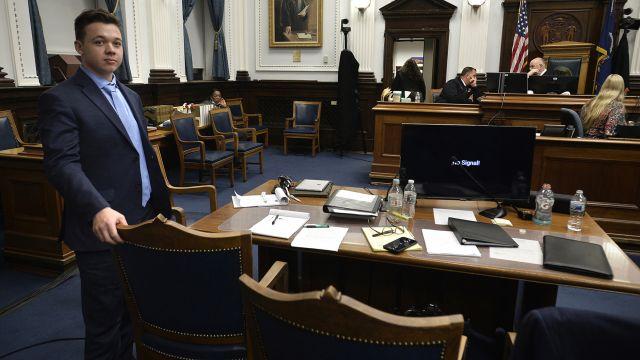 Jurors are set to begin deliberations at Kenosha gunman Kyle Rittenhouse’s murder trial Tuesday — deciding if the teen either walks or potentially gets as much as a mandatory life sentence.

The 12-member jury will get to decide on five felony charges with sentences ranging from 12-1/2 years behind bars to life, with two also punishable by up to 60 years in prison.

During closing arguments Monday, prosecutors called Rittenhouse — who was only 17 at the time — a “wannabe soldier” who walked off like a “hero in a Western” after killing two men and wounding a third.

Rittenhouse’s defense has insisted that he only had a semi-automatic rifle to protect himself while helping others — and only used deadly force when attacked by a “crazy person” and then being chased by a “mob.”

Early in the trial, Judge Bruce Schroeder dismissed a charge of failure to comply with an emergency order for being out in Kenosha in defiance of a curfew over ongoing riots. The minor offense only faced a fine of up to $200.

On Monday, Schroeder then dismissed a misdemeanor charge against Rittenhouse, now 18, for illegally possessing the AR-15-style rifle he used in the shootings.