Migrants Say They Are Grateful to Gov. DeSantis for Sending Them to Martha’s Vineyard 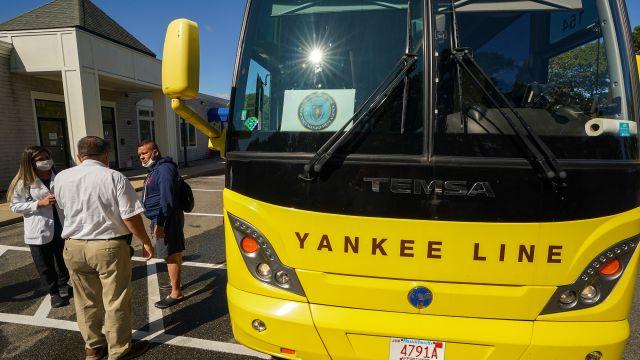 Some of the migrants flown to Martha’s Vineyard this week said they were grateful to Florida Governor Ron Desantis, calling his move to transfer them to the posh seaside community “a stroke of good luck.”

“The life there is good,” said Eliud Alguilar, a 27-year-old from Venezuela in an interview with The Post, referring to a military base where he and the 49 other migrants were sent by Massachusetts authorities after they landed in Martha’s Vineyard this week. “They treat us well, they provided us with food and medical assistance. We are all well.”

On Wednesday, 50 migrants who arrived in the US from South America were flown by the Florida state government to the summer resort community, where former President Obama has a lavish mansion. They were taken to a nearby military base Friday where many received medical attention and cell phones to contact immigration lawyers and family members in the US, according to reports.