Mike Lee Says Media Was Provided with Text of Gun-Control Bill Before Senators: 'This Is the Senate Operating at Its Worst' 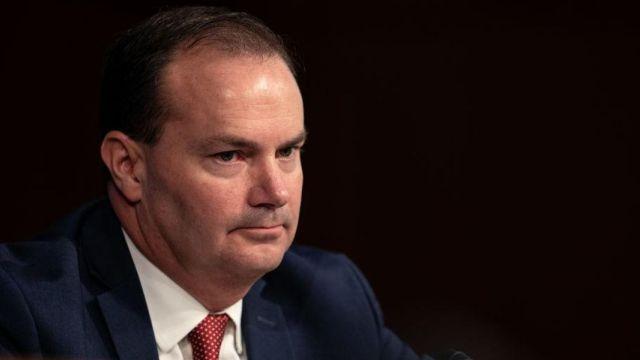 U.S. Senator Mike Lee (R-Utah) slammed the process after the Senate held a vote Tuesday to advance a bipartisan gun control bill, giving lawmakers less than an hour to read the bill before the vote, but not before it was leaked to the media.

“This is the Senate operating at its worst,” Lee told BlazeTV host Glenn Beck on the radio Wednesday morning, griping that Senate Majority Leader Chuck Schumer (D-N.Y.) has also prevented lawmakers from offering amendments to improve the bill.

Senators voted 64 to 34 Tuesday in favor of a motion to proceed for an 80-page bill called the Bipartisan Safer Communities Act. The bill is the result of weeks-long negotiations between Republicans and Democrats on gun control measures deemed a priority after the mass shootings in Buffalo, New York, and Uvalde, Texas.

The bill would expand background checks for gun purchasers under 21 to include juvenile records and mental health records; create financial incentives for states to adopt so-called red-flag laws to confiscate firearms from people believed to be a danger to themselves or others; and fund mental health programs.