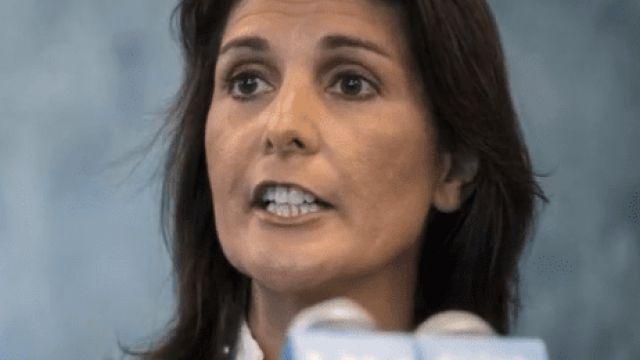 Former South Carolina governor and U.S. Ambassador to the United Nations Nikki Haley has taken donations through her nonprofit group from prominent Democrat donors, out-of-touch RINO elites who bankrolled the corrupt America Last GOP before Trump showed up, and members of the globalist establishment, according to documents obtained by Politico.

Some of the donations Haley’s nonprofit received came from vulture capitalist Paul Singer, hedge fund investor Stanley Druckenmiller, and late casino mogul Sheldon Adelson along with his wife. Singer has destroyed American communities for profit and funded a great deal of woke causes while neutering the Republican Party with his donations.

In addition to receiving money from RINO elites and Wall Street globalists, Haley’s nonprofit received big donations from Democrats as well. Vivek and Lakshmi Garipalli, a New Jersey family that has given a great deal of money to Democrats, gave Haley’s nonprofit a donation of $1 million. Although this dark money is typically protected from the public, it was leaked to a group, Documented, which attempts to bring transparency to this process.