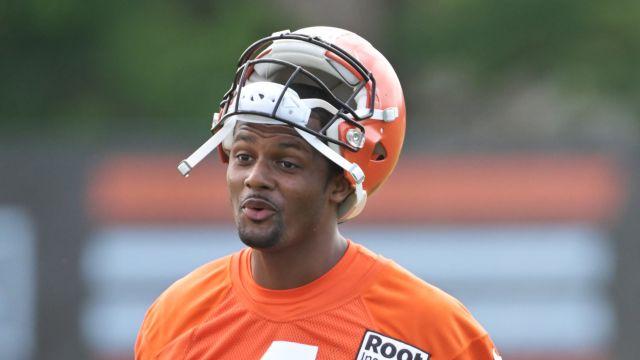 Cleveland Browns quarterback Deshaun Watson has reportedly received a six-game suspension from the NFL after more than 20 women accused him of sexual misconduct.

Former federal judge Sue L. Robinson found Monday that Watson violated the NFL’s personal conduct policy and chose to suspend him for six games, according to ESPN’s Adam Schefter. Reports initially suggested the league wanted to suspend the quarterback indefinitely, seriously dampening any hopes of the Browns having a stellar season.

The NFL Players Association (NFLPA) will not be appealing the decision, and asked that the NFL do the same, according to the New York Post. Watson settled 20 of the 24 lawsuits against him by mid-June, and an additional three as recently as Sunday.