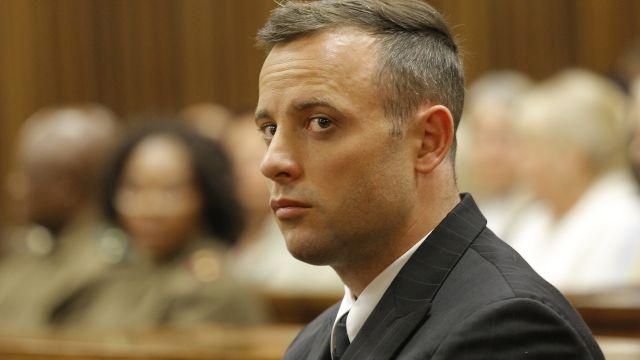 Oscar Pistorious, behind bars for the murder of his girlfriend, is set to meet with her father in an attempt at being released early from prison, according to a new report.

The Sun revealed Saturday that the Olympics sprinter– serving a more than 13-year sentence for killing model Reeva Steenkamp in 2013 — will “soon” speak with Barry Steenkamp in a South African legal procedure that could cause him to be released on parole.

It’s unclear from the report when exactly the meeting is scheduled to take place.

The 35-year-old South African, who has served half of his sentence, was due to also meet Reeva’s mother, June, who according to The Sun has forgiven her daughter’s killer.

However, the Steenkamps’ lawyer, Tania Koen, told the outlet, “At this moment, it’s a no from June.”

In 2018, Steenkamp’s mother said she had forgiven Pistorius — but still wanted him punished.