Biggest Lie Ever Told: Pelosi Says of Jan. 6th Committee, 'We Never Intended It to Be a Political Item' 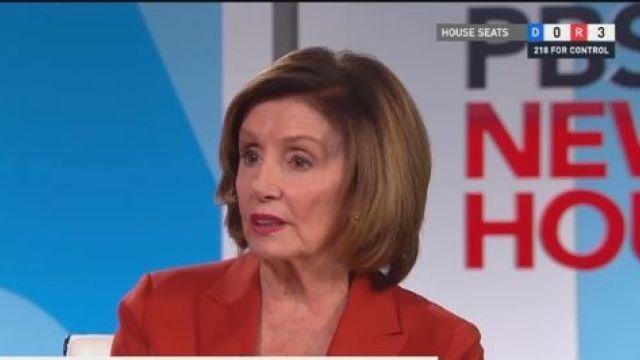 Democrats “never intended” their January 6 Select Committee to be political and “it was never planned as a political tactic,” House Speaker Rep. Nancy Pelosi (D-Calif.) – who refused to allow Republicans to seat their own committee members – said Tuesday as the midterm elections were taking place.

“Well, well never intended it to be a political item. It’s about seeking the truth,” Pelosi responded.

“[I]t was never planned as a political tactic,” Pelosi added, repeating Democrats’ mantra that “democracy is at stake” in this year’s midterm elections.

But, as Constitution Scholar Mark Levin has explained on his “Life, Liberty & Levin” television program, the “illegitimate” hearings are an unconstitutional effort to indict and smear former President Donald Trump and his Republican colleagues: