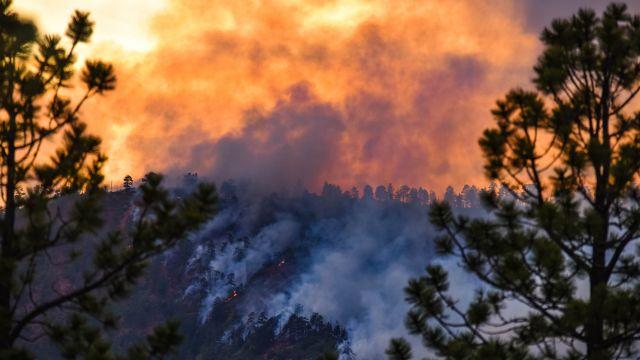 Wildfires have torn their way through Colorado over the past 48-hours leaving tens of thousands of people homeless, countless properties destroyed and a state of emergency declared late Thursday night.

AP reports at least one first responder and six others were injured, though Boulder County Sheriff Joe Pelle acknowledged there could be more injuries and deaths could be possible due to the intensity of fires that quickly swept across the region as winds gusted up to 105 mph.

The fast-moving fires are burning in Boulder County, north of Denver, and officials say deaths and injuries are likely as the blazes spread further.

Some 30,000 people in the towns of Louisville and Superior were told to leave their homes on Thursday.

Meanwhile, a state of emergency has been declared by Governor Jared Polis.