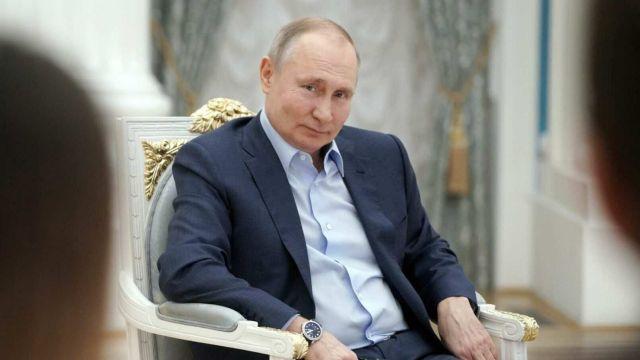 Russian President Vladimir Putin sought to justify his war in Ukraine as legal under international law at his flagship economic forum on Friday. Sitting beside him on the stage, a key ally diplomatically disagreed.

After Putin argued he was protecting Russian-speakers in the self-declared Donetsk and Luhansk peoples’ republics of eastern Ukraine, which Russia had recognized as independent days before the invasion, moderator Margarita Simonyan, head of the Kremlin-funded RT TV, pressed Kazakh President Kassym-Jomart Tokayev on whether he supported Russia’s view.

Kazakhstan doesn’t recognize “quasi-state territories which, in our view, is what Luhansk and Donetsk are,” Tokayev said. There’d be “chaos” in the world if hundreds of new countries emerged, even as there is a conflict between the legal principles of territorial integrity of states and the right of people living in them to self-determination, he said.

Tokayev’s dissent at the plenary session of the St. Petersburg International Economic Forum was a rare discordant note for the Kremlin, which sought to show that Russia is successfully defying U.S. and European sanctions aimed at isolating Putin. It was all the more noteworthy because Putin sent troops to Kazakhstan in January at Tokayev’s request to help crush what he called an attempted coup. Russia and Kazakhstan are also members of the Eurasian Economic Union, a Moscow-led rival to the European Union.