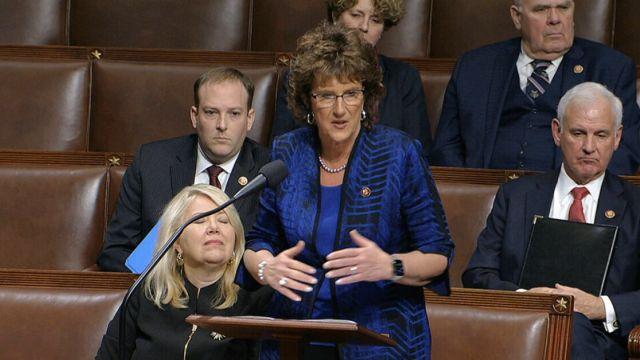 Rep. Jackie Walorski (R-IN) has died in a car crash in Elkhart County, Indiana, along with three other people, according to local media reports.

A car with Walorski and two other passengers was heading southbound on state Route 19 when a car heading northbound veered left and collided with the southbound car, according to a CBS affiliate in South Bend, Indiana.

All four occupants of both vehicles, one of them apparently the congresswoman’s communications director, are dead.