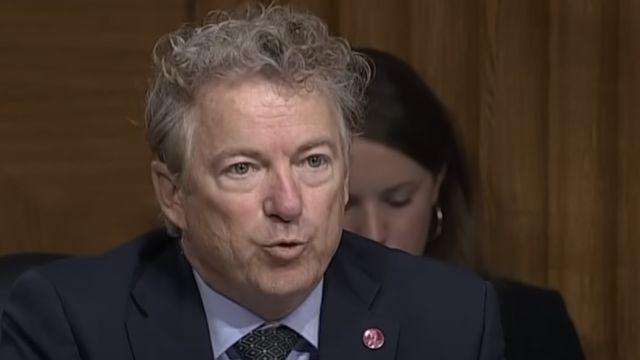 The national debt is currently well over $31 trillion and it will only go upwards as the DWCSwamp continues its big spending ways.

Kentucky Senator Rand Paul is a lone voice in the wilderness who generally introduces legislation to restrain DC’s reckless spending. Tyler Durden of ZeroHedge observed that Paul has consistently done so over the past decade.

Every few years, Kentucky Senator Rand Paul puts forth a quixotic proposal to balance the federal budget. It’s not the financial math that makes it a daunting task, but rather Washington’s bipartisan addiction to spending.

First, it puts senators who’ve espoused fiscal discipline on the record as opposing it when the rubber meets the road. Second, over time, Paul’s proposals illustrate the insidious effect of kicking the can down the road—as each new proposal requires bigger cuts to push Uncle Sam to breakeven.

The latest proposal Rand Paul put forward would cut $.06 out of each spending dollar for five years. The usual suspects such as Democratic Socialist Bernie Sanders criticized Paul’s plan and declared that “massive cuts to programs the American people need.”

Paul countered by noting that “All this plan does is return to 2019 spending levels. If the federal government spent at 2019 levels this year, we would have a $388 billion surplus.”