Ruble Soars to Highest Level Since 2015 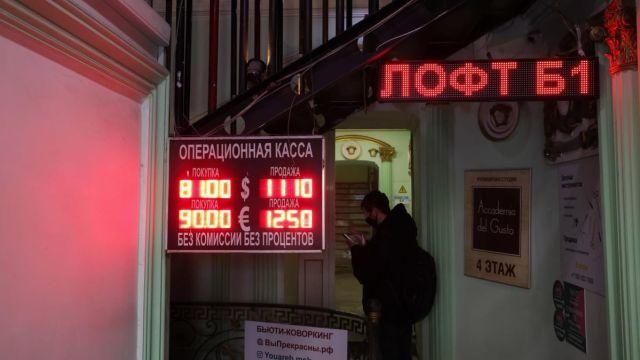 (Bloomberg) — The ruble surged to a seven-year high, extending a rally that Russia wants to curb and sparking a debate in Moscow on whether the central bank should target an “optimal” exchange rate.

The currency jumped as much as 1.7% to 55.44 per U.S. dollar, its strongest level since July 2015 based on Moscow Exchange prices. That took its advance this year to 35%, a world-beating gain that has continued unabated even after policymakers lowered the benchmark rate by 1,050 basis points and relaxed capital controls imposed in response to Western sanctions.

Government officials have touted the rebound as evidence Russia has weathered the international penalties over its invasion of Ukraine, but they’re growing increasingly wary of an advance that undermines the nation’s export competitiveness and budget finances.

The Bank of Russia’s easing measures have had little impact on the ruble’s momentum, which is driven by restrictions on dollar transactions and poor demand for the greenback amid a collapse in the nation’s imports.