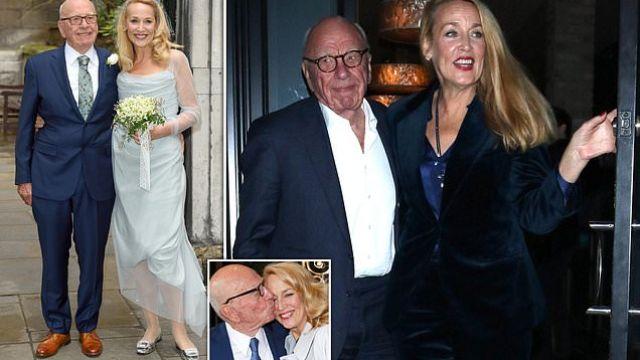 This will be 91-year-old Murdoch’s fourth divorce – and his shortest marriage – however Hall, 65, had not previously been married before tying the knot with the media titan, who is 23 years her senior, in March 2016.

She was previously in a long-term relationship with Rolling Stones rocker Mick Jagger, with whom she shares four children, however the two never officially wed during their 22-year relationship.

Murdoch, who is worth $17.7 billion, has six children in total: daughter Prudence MacLeod, now 64, with his first wife Patricia Booker, daughter Elisabeth, now 53, and sons Lachlan, now 50, and James, now 49, with his second wife Anna Mann, and daughter Grace, now 21, and Chloe, now 19, who he shares with his third wife Wendi Deng.

Details of Murdoch and Hall’s divorce have not yet been shared, with the New York Times simply reporting that it had spoken with ‘two people with knowledge of the decision’, however the couple do not share any children together.

DailyMail.com has reached out to representatives for Murdoch and Hall for comment.