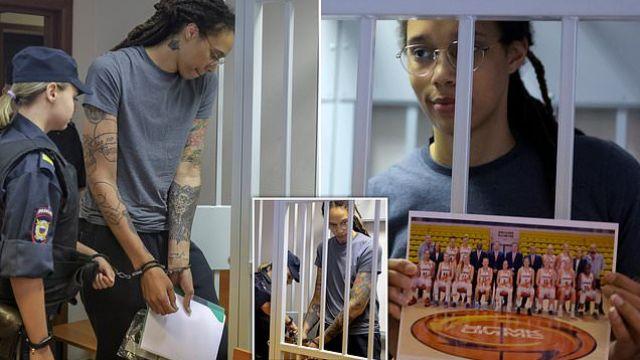 Brittney Griner was found guilty of drug smuggling on Thursday by a Russian judge who rejected her claim she accidentally brought a weed pen into the country.

Griner, 31, was arrested at the airport in Moscow in February and has been incarcerated ever since, despite failed attempts from the White House to negotiate her release.

Russian prosecutors have asked that she be jailed for nine-and-a-half years – six months less than the maximum of 10 years in prison.

On Thursday, Griner sat in the defendant’s cage inside the courtroom throughout the proceedings, relying on an interpreter to whisper to her everything the judge said.

Before the sentence was handed down, she begged for leniency and asked the court to take into consideration her good character.

A judge accepted her plea – finding her guilty on drug possession and smuggling. They ruled that she committed the crimes purposefully – which she has denied.