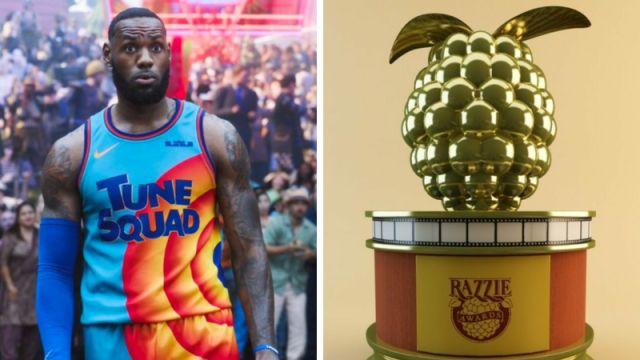 We all know that LeBron James is the worst actor on the planet, but on Saturday, it became official. James received a Golden Raspberry Award, an Oscar parody award more commonly known as a “Razzie,” for his starring role in last summer’s Space Jam: A New Legacy.

James, who’s annually considered to one of the best in the NBA, bested four other nominees — Ben Platt, Mark Wahlberg, Scott Eastwood and Roe Hartrampf — in the race for spectacular ineptitude.

This Razzie shouldn’t come as a surprise. LeBron was the odds-on favorite to take home the hardware. Shortly after the movie’s premier, the director of the original Space Jam starring Michael Jordan, Joe Pytka shared his thoughts on James and the sequel, per Indie Wire.