Thousands Evacuated in California's Largest Wildfire of the Year 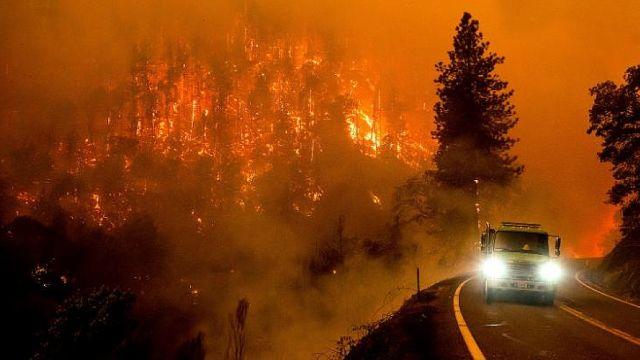 A California wildfire significantly grew in size this weekend, becoming the largest wildfire this year and prompting thousands of evacuations.

The McKinney Fire, as the wildfire is called, began on Friday afternoon in the Klamath National Forest near the California-Oregon border. Over the weekend it expanded around 52,498 acres, forcing more than 2,000 residents to evacuate.

As of Sunday evening, the fire was completely uncontained as lighting and thunderstorms complicated the firefighter’s efforts to fight the blaze. According to the National Weather Service, “abundant lightning” is expected through Monday.

“These conditions can be extremely dangerous for firefighters, as winds can be erratic and extremely strong, causing fire to spread in any direction,” forest service officials said in a news release.