Yet Another Poll Shows Biden’s Support Among Independents Has ‘Collapsed’ 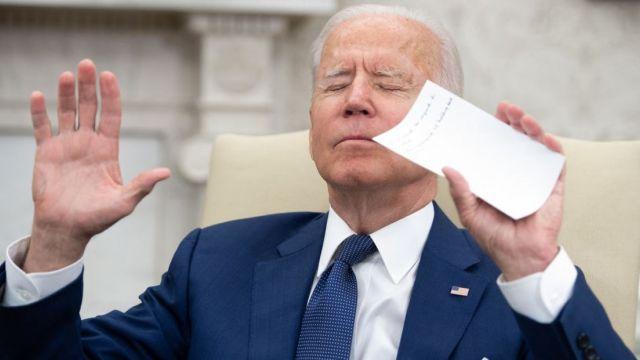 A new poll conducted by one of the most respected pollsters in politics has found President Biden’ s support among independents has collapsed. The Grinnell College National Poll results, which derive from a poll taken Oct. 13-17, 2021, by Selzer & Company, on behalf of Grinnell College, stated, “Biden’s support among independent voters has collapsed.”

J. Ann Selzer of Selzer & Company stated, “In 2020 exit polling, President Biden won independent voters by a 54% to 41% margin. If the election were held today, our poll shows former President Trump winning that group 45% to 28%. It is a massive shift in a demographic that helped carry Biden to victory less than two years ago.”

Additionally, the poll found “Joe Biden’s approval ratings overall and in three specific areas of focus are all under 50%. When asked whether they approve of the job President Biden is doing, only 37% approve (50% disapprove). Disapproval is highest when it comes to his handling of immigration (27% approve; 58% disapprove) and the economy (36% approve; 53% disapprove). Additionally, only 36% of Americans believe the economy will be in a stronger position 12 months from now – an 11-point drop from March 2021.”