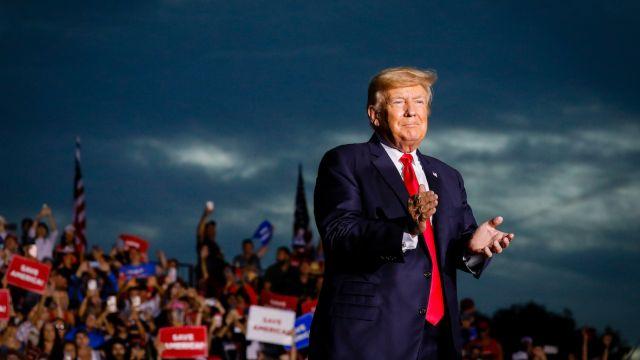 Shares of former President Donald Trump’s Digital World Acquisition Corp., a blank-check firm that is taking his proposed social media platform public, spiked on Friday after a huge rally the day before.

Trading in Digital World Acquisition Corp. (DWAC) was halted on Friday due to volatility several times during Friday morning trading after it skyrocketed 216 percent at one point. On Thursday, the stock surged over 300 percent to close at $35.54 with significant trading volume and volatility.

There is speculation that small retail investors may be behind DWAC’s surge, as the stock trended all day on Twitter and was heavily referenced on the WallStreetBets sub-Reddit, the same forum that was mostly behind the meteoric spike in so-called “meme stocks” including GameStop and AMC earlier this year.