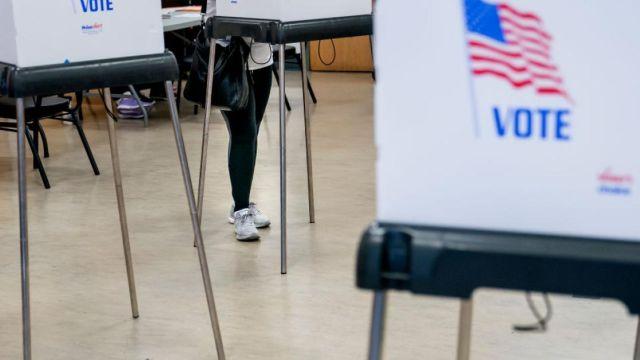 Tuesday night’s primaries are shaping up to be a big night for former President Trump, whose candidates are leading in GOP primaries in Arizona and Michigan.

In Michigan, Trump-backed gubernatorial candidate Tudor Dixon is ahead of her closest challenger, Kevin Rinke, by 14 points, according to the most recent RealClearPolitics.com polls average.

Republicans are hoping for a strong showing by Dixon, ahead of what could be a general election matchup between the former conservative media personality and incumbent Democrat Gov. Gretchen Whitmer, whose strict COVID-19 mandates made her unpopular with a considerable swath of voters. Her approval rating is now at 47%.

Trump endorsed Dixon last week, in what has been a messy GOP primary with candidates being disqualified.