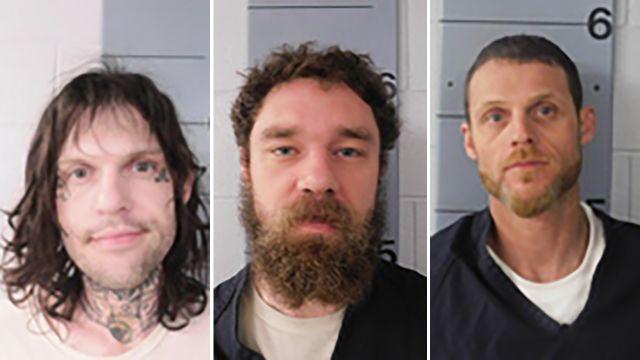 Three inmates in Missouri who escaped a county jail through holes they cut in their cell ceiling on Friday remain on the run and “should be considered armed and dangerous,” according to authorities and local reports.

Inmates Lance Justin Stephens, Matthew Allen Crawford and Christopher Allen Blevins broke out of the Barry County Jail during the early morning hours and were likely no longer in the area, the Barry County Sheriff’s Office said. The case has been turned over to the U.S. Marshals Service.

The escapees climbed through the holes they carved in the plaster ceiling of the jail cells and left through a maintenance door, Sheriff Danny Boyd told ABC News. Boyd said two of the inmates shared a cell, while the third was in a cell just feet away.