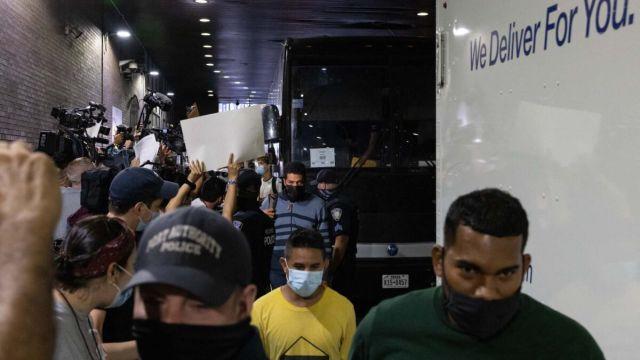 When asked on CNN about GOP governors busing illegal aliens to other parts of the country, including New York, in recent months, Adams claimed they are engaging in “the erosion of basic human rights.”

“Well, I think it’s a message for the entire country,” Adams told CNN’s Jake Tapper on Sunday. “You see, this is their way of covering up what many people have been really concerned about the erosion of basic human rights. We’re seeing crisis calls for coordination.”

In the interview, Adams did not make mention of the Biden administration’s immigration policies. Republicans say that the White House’s shift on immigration has triggered a massive surge in illegal immigration, and they have no choice but to transport them to other parts of the country.