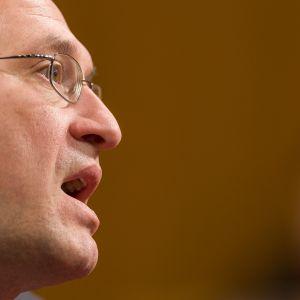 Speaking publicly for the first time since his explosive draft opinion on the reversal of Roe v. Wade was leaked, Supreme Court Justice Samuel A. Alito, Jr. gave a brief update on the status of the court, even as pro-abortion protestors continue to gather outside his home.

Justice Alito addressed the Antonin Scalia School of Law at George Mason University from a remote location seven miles away on Thursday — an indication that fears for the safety of Supreme Court justices have elevated since Politico published Alito’s draft opinion.

According to The Washington Post, Alito gave “a detailed examination of statutory textualism” and renewed the debate over a decision that claims gay and transgender workers are protected under federal discrimination law before being asked about the enormous elephant in the room – the 1973 Roe v. Wade case and the disturbing fallout since the leak.

The last questioner of the evening wanted to know if the justices could still sit down and break bread together.

“I think it would just be really helpful for all of us to hear, personally, are you all doing okay in these very challenging times?” inquired the questioner.