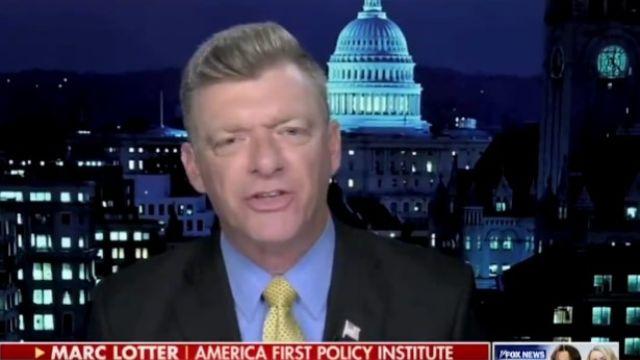 The reconciliation bill crafted by Sens. Joe Manchin (D-W.Va.) and Chuck Schumer (D-N.Y.) and supported by the Biden administration will raise electricity and gas prices, hike taxes, and kill about 218,000 blue-collar jobs in 2023, said Marc Lotter, the chief communications officer of the America First Policy Institute.

On Fox News @Night, Aug. 1, Lotter said, “The National Association of Manufacturers says this bill will cost 218,000 blue-collar workers their jobs next year. Your electric and heating bills are going up, your gas is going to go up by $25 billion as a tax increase for oil companies that’s going to get passed along at the pumps.”

“This is just going to make the inflation problem even worse,” he added.

“This administration reminds me of George Costanza from Seinfeld,” Lotter went on to say. “They should do the opposite of all of their natural instincts because — whether it’s the Wharton school, whether it’s the Joint Committee on Taxation — they all say it’s going to increase inflation and raise taxes on Americans who make under $400,000.”