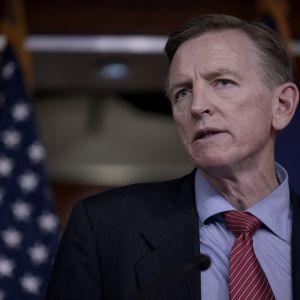 The Arizona Supreme Court on Monday ruled that two Republican congressmen and a state representative should remain on the November ballot after opponents claimed they were ineligible for reelection because they actively participated in the Jan. 6, 2021 attack on the U.S. Capitol.

In its four-page ruling on Monday, the court upheld a lower court decision on the matter that found that only Congress had the power to invoke a 150-year-old law that could be used to disqualify U.S. Reps. Paul Gosar (R-Ariz.) and Andy Biggs (R-Ariz.) and state Rep. Mark Finchem, a Republican, if they had “engaged in insurrection or rebellion.”

The ruling was part of a lawsuit filed against the Arizona lawmakers by individuals who hoped to use a 19th century law adopted after the Civil War to prevent them from holding office under the U.S. Constitution.

The 11 plaintiffs, all individual Arizona citizens, were represented by attorneys with Free Speech for People (FSP), an Austin, Texas-based non-profit and non-partisan organization that describes itself as a “catalyzing leader … challenging big money in politics, confronting corruption in government, and fighting for free and fair elections,” among other issues.