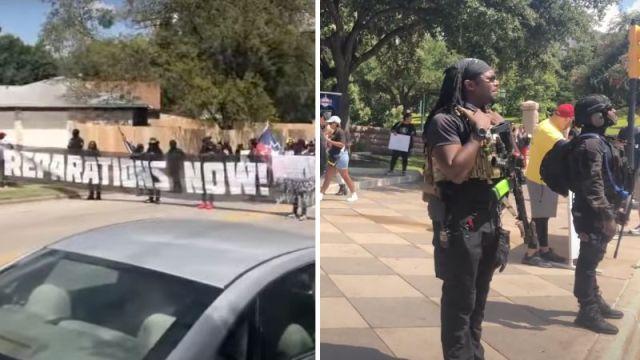 Armed black militants marched the streets of Austin, Texas on Saturday in a “Second Amendment Unity Walk” where they demanded reparations and that Joe Biden close the border.

According to the Daily Mail, chants and signs included “Reparations now!” and “Close the borders!” The demonstration was organized by The Elmer ‘Geronimo’ Pratt Pistol & Rifle Gun Club with other groups joining such as the Black Riders Liberation Party.

“What do we want? Closed borders! When do we want it? Now!”

The group marched to the State House and a speaker addressed the crowd giving their list of demands: “Reparations now, delineation, a stop to illegal immigration.”