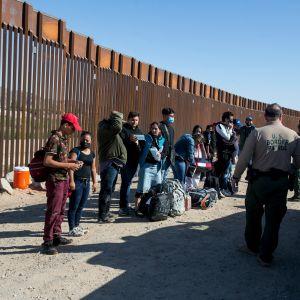 A decision to weaken vetting of adult sponsors contributed, in part, to the loss of contact with 40% of the more than 114,000 unaccompanied children who entered the U.S. illegally, according to Axios.

The Biden-Harris administration has lost track of at least 45,000 unaccompanied minors who were brought across the southern border illegally — and Joe Biden has yet to issue a statement about it.

Once processed by Border Patrol, unaccompanied minors fall under the supervision of the U.S. Department of Health and Human Services’ Administration for Children and Families. The agency reportedly works with a network of 200 shelters in roughly 24 states, according to a report by the Associated Press. Shelters are often set up inside military bases, stadiums, and convention centers, referred to as “emergency intake sites.”