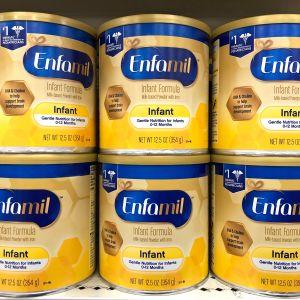 Parents who feed their babies formula have in recent months reported widespread shortages of the product throughout the country, the result of months of supply chain issues that have disrupted production and distribution processes around the world.

The crisis appeared to escalate, at least regionally, several days ago when the FDA informed consumers that it was “investigating consumer complaints of bacterial infections in four infants who consumed powdered infant formula produced in Abbott Nutrition’s facility in Sturgis, Michigan.”

“All four infants had to be hospitalized and the bacterial infection may have contributed to death in two patients,” the agency noted.

The most recent infections in that outbreak occurred in January, though the FDA is still warning consumers to carefully check products to ensure they are not from tainted batches.

Media reports this week, meanwhile, claimed that—according to price-tracking firm Datasembly—upwards of 40% of the most popular baby formula products were out of stock in late April.