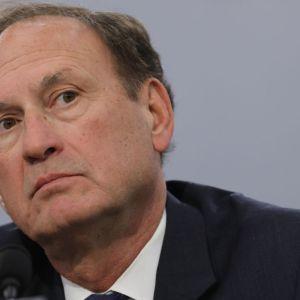 ‘Back to the Salem Witch Trials’: CNN Trots out Alito Classmate — from 50 Years Ago! — to Attack Him on Air

CNN brought out Susan Squier, who graduated from Princeton with Justice Samuel Alito 50 years ago, to attack the conservative justice over his recently-leaked early decision draft.

The draft, which indicated that the Supreme Court might be poised to overturn two landmark abortion rulings — Roe v. Wade and Planned Parenthood v. Casey — has sparked outrage among Democrats and left-leaning pundits, and has led to protests at the Court and at the private homes of individual justices.

Squier, now a professor at Penn State University, said that she had been so angry that she helped to organize a group letter — signed by herself and some of the other women in Alito’s graduating class — attacking her former classmate, and she joined anchor John Berman on CNN’s “New Day” to discuss the draft that she claimed had left her “stunned” and “angry.”

“I mean, I have read a lot of medical history going back, for doing literature and medicine, and his is like a greatest hits of misogyny,” she said. “He doesn’t consider the context. And this man was a historian at Princeton. He was a double major in history and Poli sci. But it is as if he doesn’t believe history actually involves a record of things changing. Instead, it is history as, ‘let’s go back to the Salem witch trials.’ It makes me so angry.”

Squier’s letter, which was published in the Princeton Alumni Weekly and signed by 28 of her classmates (along with seven others listed as “friends of the women of ’72”), stated that the undersigned were “deeply shocked” and complained that the draft would “reverse the strides we thought we were making.”