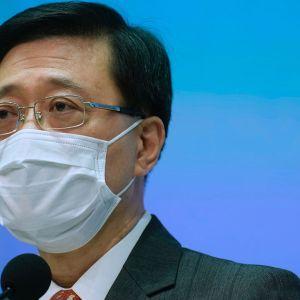 From Fox News — posted 2 weeks ago

John Lee was elected as Hong Kong’s next leader Sunday, after winning over 99% of votes cast by a largely pro-Beijing election committee.

Lee received 1,416 votes in the chief executive election, far exceeding the 751 votes he needed to win and the highest support ever for the city’s top leadership position. The Election Committee’s nearly 1,500 members cast their votes in a secret ballot Sunday morning.

As the only candidate in the polls, Lee was widely expected to win, especially since he had Beijing’s endorsement and last month obtained 786 nominations from members of the Election Committee in support of his candidacy.