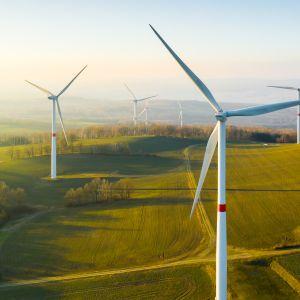 From American Greatness — posted 2 weeks ago

he Biden Administration, failing to get its legislative agenda passed through a deeply-divided Congress, has resorted to using a regulatory “backdoor” route to implement many so-called “green energy” policies and restrictions.

According to the Daily Caller, this backdoor method involves using currently-existing environmental laws to implement further restrictions and regulations by using the ambiguous wording of the laws to draw broader interpretations in favor of their actions. To this end, regulations have since been implemented on many aspects of everyday life, including home appliances, building standards, the fuel economy, and infrastructure projects.

“They’re basically using environmental laws to create backdoor subsidies,” said Brent Bennett, an energy expert at the Texas Public Policy Foundation. “The problem is that our laws are so broadly interpreted and defined that it makes this possible. It allows for this kind of abuse. So, that’s really the root of the problem. Congress didn’t pass good laws and now those laws are being abused.”

The Left’s increasing push towards such “green” sources of energy began with far-left Congresswoman Alexandria Ocasio-Cortez (D-N.Y.), who introduced the highly sensationalized “Green New Deal.” The bill, which has failed to pass through Congress, would cost the United States over $93 trillion over a ten-year period, which would see each American family burdened with a cost of up to $65,300 per year to pay for the provisions of the bill.