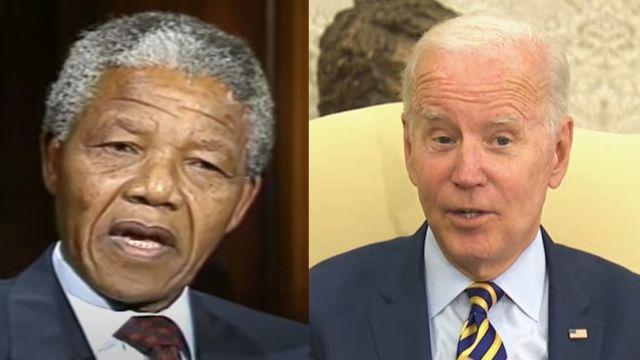 President Joe Biden finally came clean about one of the many lies that he based his dishonest White House campaign on, fessing up that he was never arrested for attempting to meet with South African leader Nelson Mandela.

On Friday, Biden fessed up that he was fibbing about his claim which he repeated on multiple occasions, admitting that “I wasn’t arrested” during remarks when he welcomed Cyril Ramaphosa, the current president of South Africa to the White House.

“One of the great moments of my career was when — the first time Nelson Mandela came to the United States – and we were in — I was a senator at the time, and we met in the Senate Foreign Relations executive committee room,” Biden told his fellow leader.

PREVIOUSLiberal Latina Lawmaker: 'If the Democratic Party Thinks That Latinos Are Outraged by DeSantis, They Are Dead Wrong' TO HOME PAGE NEXTTrump's Surprise Breakthrough with Hispanic Voters Could Spell Doom for Democrats