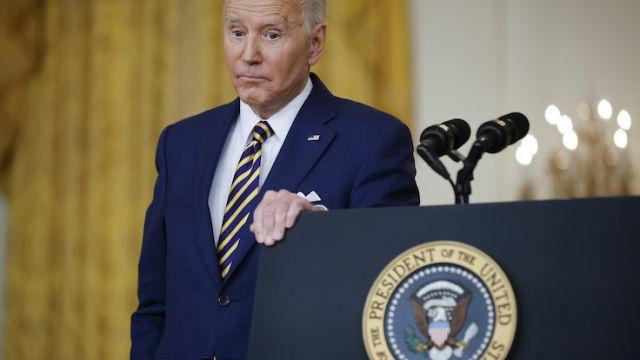 On the campaign trail, President Joe Biden pledged to restore “respected leadership on the world stage.” Now, a year and a half into his presidency, an overwhelming majority of voters in four swing House districts say he’s done the opposite.

Eighty-five percent of registered voters across four critical swing districts say “America’s standing and reputation in the world is getting weaker,” according to a Republican Main Street Partnership poll obtained by the Washington Free Beacon.

Biden argued he would do just the opposite during his campaign—in a 2020 Foreign Affairs essay, for example, the Democrat wrote that, if elected, he would restore the “credibility and influence of the United States in the world” and “once more have America lead” on the global stage. He went on to declare just one month into his presidency that “America is back.”

Roughly a year and a half later, however, Biden’s tenure has been marked with repeated foreign policy blunders. In August 2021, the Democrat’s botched Afghanistan withdrawal led to the deaths of 13 U.S. servicemen at the hands of an Islamic State suicide bomber, marking the deadliest day for U.S. troops in the country since 2011. Months later, Biden’s attempts to deter Russian president Vladimir Putin from invading Ukraine failed, sparking a deadly war that has cost Americans tens of billions of dollars.

PREVIOUSVin Scully, Hall of Fame Dodgers Announcer of 67 Years, Dead at 94 TO HOME PAGE NEXTFormer Security Chief ‘Skeptical’ on Timing of al-Qaeda Leader’s Death: ‘Let Me Throw Some Cold Water on This’