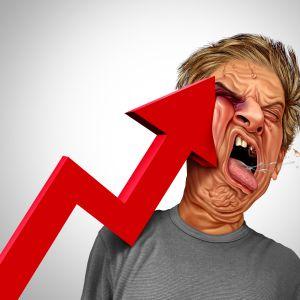 From Blaze — posted 3 weeks ago

One in five retirees is likely to return to the workforce this year, thanks to soaring inflation under President Joe Biden, a new survey found this week.

The historic inflation crisis in the U.S. continued to impact nearly every member of American society, and now even those who had resolved to withdraw from work and enjoy the sunset of their lives are being forced back into the labor market once again.

The trend is a remarkable turnaround from the larger-than-usual number of Americans who entered retirement during the early days of the COVID-19 pandemic.

According to a recent survey commissioned by Resume Builder, 20% of America’s retirees are poised to take a job again in the coming year. Specifically, 8% said that they are “very likely” to return to the workforce, while 12% said they are “somewhat likely.”

Those set to re-enter the workforce indicated that they are overwhelmingly doing so in response to the economic strain brought by rising consumer costs. In fact, 69% of respondents claimed they would return to the workforce to combat rising costs associated with the inflation and supply chain crises.

Another 12.5% said they needed extra money to pay off medical debt accrued during the pandemic. More generally, an eye-opening 83% of those considering “unretiring” expressed concerns about their finances.

The survey sought responses from 800 American citizens over the age of 54 and retired.