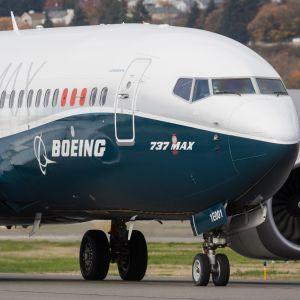 “We are excited to build on our foundation here in Northern Virginia,” said Boeing CEO Dave Calhoun. “The region makes strategic sense for our global headquarters given its proximity to our customers and stakeholders, and its access to world-class engineering and technical talent.”

Still, Boeing said it would maintain a “significant presence” in the Chicago area, with several hundred employees remaining in the region.

News outlets attributed the forthcoming move to Boeing’s alleged desire to be closer to the federal government, considering a significant portion of its revenue is generated from military contracts. The Pentagon is also one of Boeing’s top clients.

While that may be true, there is no doubt that new Virginia Gov. Glenn Youngkin (R) and the direction he is steering the Commonwealth played a role.

In fact, as National Review noted, two reasons in particular may have persuaded Boeing’s decision to move: crime and the business environment.

Crime in Chicago is up 35 percent this year compared with the same period in 2021. Theft is up by 67 percent.

The business climate is dismal, the result of punishing tax and regulatory policies that make Illinois the third-most unfriendly state for job creation in the nation. So it’s no surprise that the state’s unemployment rate is the sixth-highest in the nation.

If you read between the lines, statements from leaders involved in the move appear to corroborate this theory.