Unhinged Jussie Smollett Sentenced to 150 Days in Jail for Hate Hoax, Reacts in Court: 'I Am Not Suicidal!' 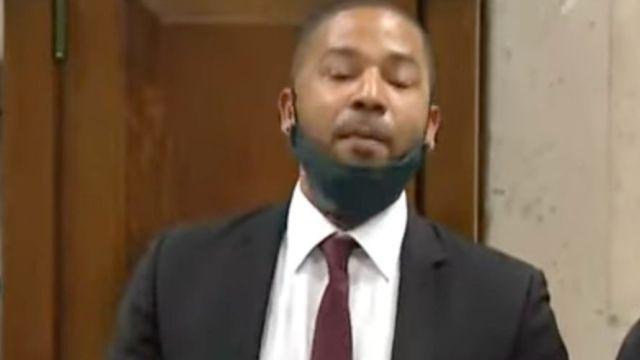 On Thursday, disgraced actor Jussie Smollett was sentenced to 150 days in Cook County jail, and 30 months of felony probation, as well as restitution of $120,106 and a $25,000 fine.

After receiving his sentence, Smollett broke out in shouts of “I am not suicidal. I am innocent.”

“If I did this, that it means that I stuck my fist in the fears of black Americans in this country for over 400 years and the fears of the LGBTQ. Your Honor, I respect you and I respect the jury, but I did not do this and I am not suicidal. If anything happens to me when I go in there. I did not do it to myself. And you must all know that,” Smollet said.
The defense took issue with the appointment of a special prosecutor prior to the sentencing and also had a stack of mitigations, including that the jury was not a jury of Smollett’s Chicago peers, and that this could be surmised just by looking at them.
The defense addressed the court during the sentencing in regards to an 83-page post trial motion filed. They presented 13 “trial errors” that they felt “affected the verdict” and believed this justified a new trial.
read full article